Dr. Fabrizio Tabbò is involved, from 2016, in a Postgraduate Course in Medical Oncology at the University of Torino, S. Luigi Hospital, Orbassano (Torino). Main areas of clinical and translational research are focused on sub-stratification of ALK+ and oncogene-addicted lung cancers and their mechanisms of acquired resistances to targeted therapies, as also identification of predictive biomarkers to immunotherapy through the application of Next Generation Sequencing technologies.

Dr. Fabrizio Tabbò, MD PhD, graduated at University Medical School of Turin, Italy (2011), then achieved a PhD in Molecular Medicine at the University of Turin (2016) after a period of Research Fellow at the Department of Pathology and Laboratory Medicine at Weill Cornell Medical College, New York from 2014 to 2015. During these years main areas of research were: molecular characterization by high-throughput technologies of lung cancers and lymphoid malignancies and development of pre-clinical models, working in collaboration with Memorial Sloan Kettering Cancer Center.

Dr. Tabbò is author of publications (scientific papers and reviews) and serves as reviewer on international peer-reviewed journals. He is active member of different scientific societies (AACR, AIOM, ASCO, ESMO and IASLC) and recipient of two awards from Italian associations; in 2012 he has been awarded by “Unione Industriale di Torino” and in 2019 by “Fondazione Carlo Erba” for his scientific contributions.

Currently he is the Chief Supervisor of Predictive Molecular Pathology Laboratory, Department of Public Health of University Federico II of Naples and Scientific Secretary of International Society of Liquid Biopsy.

His main research interest is in the field of genomic biomarkers validation and testing for predictive information in the field of lung cancer, metastatic colorectal cancer, melanoma and gastrointestinal stromal tumor.

Moreover, he has developed skills in tailoring Next Generation Assays for a number of different applications with a special focus on the simultaneously detection of clinical relevant alterations (i.e., EGFR mutations, ALK traslocation, PD–L1 expression) in the routine setting including handling of different sample types, such as tissues and/or liquid biopsy specimens.

Dr. Maria Lucia Reale is a research fellow in thoracic oncology at the San Luigi Hospital. She graduated in Medicine at the University of Perugia in 2014 and obtained specialization in Medical Oncology in 2020 at the University of Turin. Her research interests include gender differences in lung cancer, quality of life evaluation, translational and clinical applied research on oncogene-addicted lung cancers and their mechanisms of acquired resistances to targeted therapies. She is member of different scientific societies (AIOM, ASCO, ESMO, IASLC). She is Member of the board directors of the non-profit European Association WALCE (Women Against Lung Cancer in Europe).

Angela Listì, PhD, is a Molecular Biologist at the Department of Oncology of the University of Turin, Italy.

She is currently involved in the validation and clinical routine practice adoption of next generation sequencing technologies for genomic profiling of NSCLC.

Disclosure:
The series “How to Detect and Treat NSCLC Patients with Oncogenic Fusions” was commissioned by the editorial office, Precision Cancer Medicine without any sponsorship or funding. Drs Fabrizio Tabbò, Umberto Malapelle, Maria Lucia Reale, and Angela Listì are serving as the unpaid Guest Editors for the series. 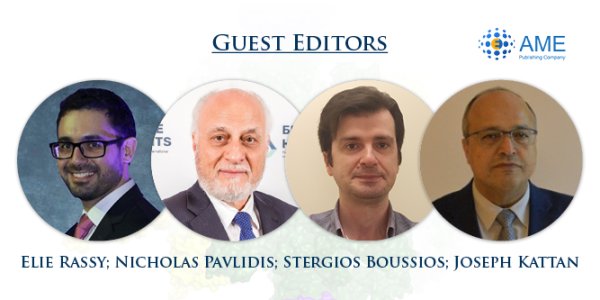